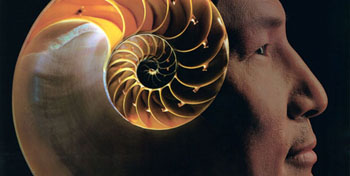 TELOS: The Fantastic World of Eugene Tssui chronicles the unorthodox life of Emeryville-based architect Eugene Tssui in this directorial debut from Bay Area filmmaker Kyung Lee. Tssui is an eccentric visionary and a maverick architect, who questions traditional building standards and puts nature and the environment at the forefront of his designs. If you have seen the unconventional home he built for his parents in Berkeley, California, you will understand the challenge he faces to receive mainstream approval. Lee composes a portrait of Tssui as a “Renaissance man”: an athlete, designer, and singular visual artist, as well as architect. Showing his influences from his childhood to his formal education (including three expulsions from architecture school) and his relationship with his mentor the “organic” architect Bruce Goff. Rejected by the status quo and embattled to defend his futuristic, yet naturalistic visions, Tssui finds unexpected allies in the small mountain town in Mount Shasta where he hopes to build his architectural fantasia.

TELOS: The Fantastic World of Eugene Tssui – TRAILER from Kyung Lee on Vimeo.

Kyung Lee is an emerging filmmaker, experienced film editor, and cameraperson currently based in the United States. She was an editor and post-production manager for Link TV, a national television network. Her wide-ranging talents include work on documentary films including “Big Joy: The Adventure of James Broughton” (SXSW, Tribeca), “The Illness and the Odyssey” (Mill Valley, Guam Int’l), “After Winter, Spring” (Mill Valley, Hamptons Int’l), “Atomic Mom” (Sarasota) as well as multi-media projects and commercial productions.
An ethnic Korean native of Yokohama, Japan, Kyung is fluent in both English and Japanese, and speaks Korean conversationally.
“TELOS: The Fantastic World of Eugene Tssui” is Kyung Lee’s directorial debut.

Special thanks to SOMArts for co-presenting!